by Liana West
84sc
on 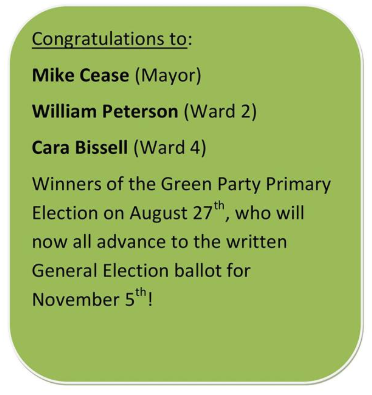 "With 102 write-in votes in this week's primary, Tucson's Green Party was able to successfully field candidates for mayor and three city council seats.

Four Green Party candidates each got enough party members to write-in their names to qualify for the ballot, city officials confirmed Thursday.

Green mayoral candidate Mike Cease and Ward 2 candidate William Peterson each had well over the minimum number of write-in votes to make the ballot.