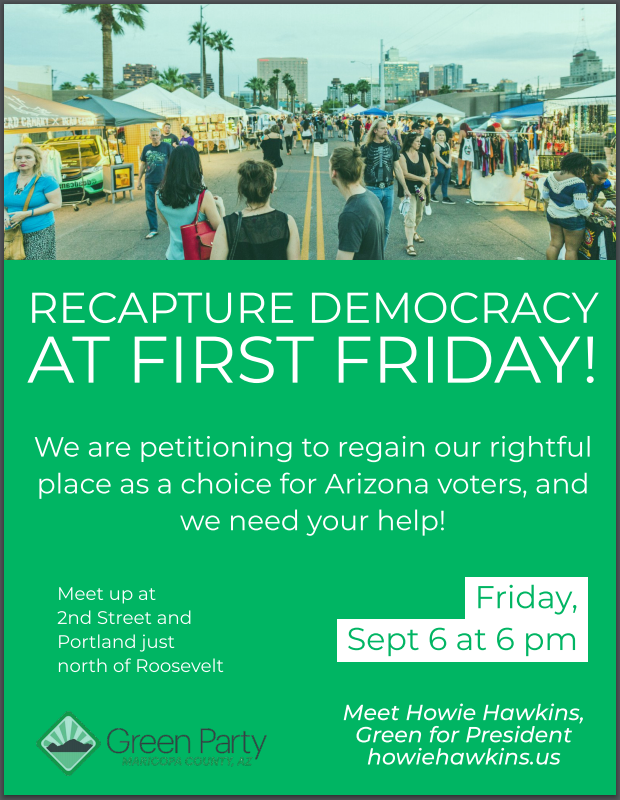 WHERE: 2nd Street and Portland just north of Roosevelt

Join us for First Friday on V-Street! The Green Party of Maricopa County is working with the AZGP Ballot Access Committee to collect petition signatures from registered voters. We will also be registering voters and educating attendees about local political events.

In September, we will have a special guest: Howie Hawkins from New York who is currently seeking the presidential nomination of the Green Party in 2020.

Howie Hawkins is an American politician and activist with the Green Party of the United States. He is currently seeking the presidential nomination of the Green Party in 2020.

Enjoy the culture and spirit of downtown Phoenix as you mingle with thousands of other residents and visitors during the First Fridays Art Walk. Explore the city by using the map below or our Events Calendar and tour art galleries, cultural venues, and more from 6:00 to 11:00 p.m. on the First Friday of every month.

We will be located on V-Street North of Roosevelt on 2nd street just north of Portland Street.